How to Improve Your Mental Game of Golf 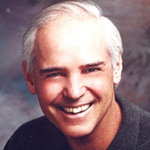 In 2013, I interviewed Tim for a sports psychology product I was doing at the time. I was interested in who influenced his thinking. Other psychologists, including Carl Rogers and his client-centered therapy, were a big influence on him. “Where he made the client the center of the therapy, I made the learner the center of the instruction,” Gallwey said. Another one was Abraham Maslow, who along with Rogers, started the humanistic psychology movement, and he greatly believed that humans had more potential than people generally credited them for.

He realized early in his coaching career that athletes would over-coach themselves and really get in the way of their performance during a golf swing or tennis stroke. “All those swing cues or instructional thoughts are likely to be behavioral instructions, instructions to the body to perform in a certain way. So simply examples in tennis is, get your racket back early, and come through from enough below the ball. And they get much more technical than that.”

Instead he wanted golfers to be aware of their movement but not commanding their body and trying to force the golf swing. Instead, you let the body learn it naturally by what feels good and what works. Words are rather clumsy, as it comes to body movement. But in the competition and the heat of battle, you want to be aware of a swing. You’re going to want to be aware, and instinctive at the same time.

Gallwey’s approach to competition is to not be so finely focused as you are when you’re in the learning mode and taking instruction. When you’re in competition, you’re not trying to learn during the competition. “But in competition, you’re steered towards high performance, and it’s best when the mind is quiet and alert. It’s not unconscious. It can be alert, be consciously clear about the play that we’re setting up or that we’re doing, the goal of the action – certain bigger things,” Gallwey said.

“In my mind there’s no substitute for awareness, alertness, focus. Three dimensions that are important for all athletes, and one of them is awareness, focus, relaxed concentration.” You’ve got to be clear about the reason you’re playing or you’ll fall prey to how do I look to other people, am I getting famous, how do other people see me? That will become more important unless you’re clear of your goal.

Golf The Mental Game According to Bob Rotella 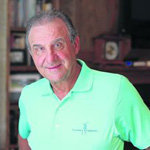 When I was studying at the University of Virginia in the late 80’s, Bob Rotella was one of my advisors. He was really strong on the concept of training and trusting mindsets, which I think he borrowed from Gallwey’s principles. Gallwey was all about self 1 and self 2, which meant that you want to suspend the conscious, over-coaching of self 1 so your body and creative mind, self 2 could do it’s job. Rotella turned this into the training (self 1) and trusting (self 2) mindsets in golf mental game terminology.

Rotella would preach that you must separate the training and mechanical work you do from the trusting mindset that has to happen on the golf course. Golfers often get stuck in a training/practice mindset, exactly what Gallwey talks about in The Inner Game of Golf. This was a primary focus of Rotella’s book, “Golf is Not a Game of Perfect.”

Here are four basic golf mental game skills you should track to improve your performance and make any adjustments:

The first golf mental game skill to assess is your level of focus during the 30 seconds prior to any golf shot you play. This is the critical time to be fully engaged with the upcoming shot. I’m sure you have the ability to focus for 30 seconds at a time, but can you focus successfully for 70 to 80 shots during a round of golf? You can monitor this in two ways: right after the shot circle an “F” on your score card for FOCUSED.

The other option, which depends on your memory, is to score yourself after the round by recalling all your shots. Giving yourself an “F” for FOCUSED means you were attending to the requirements of the shot for the entire 30 seconds prior to your shot. If you got sidetracked or distracted (i.e., you thought about the last missed putt during your putting routine), that means you were not focused during the shot. You can then tally up a focus stat for the round based on the percentage of shots your maintained focus.

The second golf mental game skill is confidence level during shot making. Here, you can give yourself a score for each shot from 1-10. One being no confidence prior to the shot to 10 full confidence prior to the shot. Write down on your scorecard a “C” followed by the confidence score you gave yourself for the shot, such as “C6.” By confidence, I mean the level of conviction you had about hitting the ball to your target, chipping the ball close to the hole, or making the putt. Again, you can record this after each shot or recall each shot and score yourself after the round. By the way, self-monitoring these important areas of your golf mental game will bring your mindset more into focus during the round, which is what you want if you are working to improve your mental game performance.

The third mental game skill you can monitor is the level of trust in your skills during the round. This is not the same as confidence. Trust is the ability to swing freely at the ball on not steer or guide your swing or putting stroke to the target. Trust is relying on what you have already practiced and playing golf shots instead of thinking about how to make a good swing. I think trust is best measured by a YES or No grading. Circle a “T” on your scorecard for full trust or you could X-out a “T” for lack of trust. After the round, you can score yourself on trust by assessing the percentage of all shots you played with trust.

Finally, you want to evaluate how well your focused on your preshot mental routine. If you do not have a preshot routine, then this will be harder for you to measure. However, if you do have a specific mental routine you use before each shot or putt, then you can easily measure your ability to follow the routine. For example, a simple routine could be to plan the shot, rehearse the shot in your mind or with a practice swing, focus on the target, and use one simple swing trigger to initiate the swing. Here, you’ll want to measure the number of times you completed your full mental routine. Circle or cross out an “R” on your score depending on weather you completed your routine for the current shot.

After each round, you calculate the percentage of shots that your were focused, trusted the swing, and completed a mental routine. You will also have a score for the level of confidence on each shot, which you can ad up and divide by the total number of shots you hit to give you a confidence score. With this information, you can better assess how well you are doing with your golf mental game performance and thus can develop a mental game plan to improve these areas. Just the fact that you pay more attention to your mental game will help increase awareness and help you be more focused, confident, and trust in your skills on the golf course.

If you want more information about how to improve your mental game for golf, check out our golf psychology programs and The Golfer’s Mental Edge CD and Workbook program.