Video Mental Coaching From Anywhere in the World - GET COACHING!
You are here: Home / Sports Psychology Articles / Is Pressure a Privilege or a Burden for Athletes? 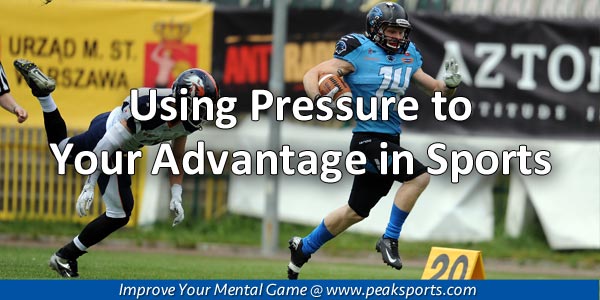 Pro Athletes Who View Pressure as A Privilege

What if I said that you cannot perform your best without pressure?

It’s pressure that challenges your ability and forces you to work hard and dig a little deeper to get more out of your potential.

You might have very high talent, but your performance will consistently be under par without some pressure.

For example, many first-round NFL draft picks who entered the league full of promise only fizzled out early in their careers.

However, to reach peak performance, this demands a special approach to pressure…

If you seek to avoid pressure due to fear of failure, your athletic potential may be in jeopardy.

Winston was a Heisman trophy winner and first overall pick by the Tampa Bay Buccaneers in the 2015 draft.

Wilson was a talented baseball prospect who was selected in the third round by the Seattle Seahawks.

Despite where they fell in the draft, both Winston and Wilson were Rookies of the Year and Pro Bowl selections.

How have Winston and Wilson succeeded at one of the most difficult positions in all of sports?

The common thread that runs through Winston and Wilson is their LOVE for pressure. (It may sound odd only because pressure gets a bad reputation in sports.)

Winston and Wilson knew that pressure was the vehicle that could take their level of play higher so they set out to learn how to harness and benefit from pressure.

Both of these elite quarterbacks sought the advice of Trevor Moawad, a mental-conditioning consultant, to embrace the power of pressure.

MOAWAD: “Very few people can look at stress positively. Both Jameis and Russell love stress and they recognize that some of the best things you’ll get in life come from fighting through those challenges that nobody’s going to give you anything that’s not hard. And that’s where I think Jameis really views that as a challenge and Russell views it as a challenge. Jameis looks at pressure as a privilege, Russell views pressure as a privilege.”

A quarterback is under pressure every snap. He has to read the defense, make last second play changes, avoid sacks, go through receiver progressions, two minute drills, clock management, overcome mistakes, improvise when plays break down and make those critical decisions that can decide the game.

Both Winston and Wilson possess an uncanny ability to use pressure to their advantage and that is the reason each has succeeded early in their professional career.

How can you use pressure to your advantage?

First, stop viewing pressure as something to be avoided. Look at pressure as the needed element that challenges you to reach your potential.

Embrace pressure situations. Get excited when the game is on the line. That’s your time to shine. Just because you embrace pressure does not guarantee victory but it places you in the optimal mindset to succeed.

Practice with pressure. Play the pressure game in your mind during training sessions. Each rep, create pressure scenarios… “It’s four down and 12 with only 45 seconds left in the half…”

Let pressure work for you instead of against you by changing how you view pressure!

Learn all of my secrets to a relaxed and confident performance… 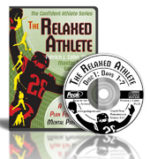 Do you get so tight or tense before competition that you cant think straight or have freedom of movement?

Do you become too tight to perform your best because you worry about embarrassing yourself or making mistakes in the game?

Do you have a physical warm up routine you follow, but do not pay attention to your mental preparation before competition?

Check out The Relaxed Athlete!

The Relaxed Athlete: A 14-Day Plan For Optimal Mental Preparation

What are mental game customers saying?

What are mental coaches saying?

This is the Missing Link to the MGCP Program

“Congratulations on your Mental Edge workbooks. I have been through the package and it looks great!  The MGCP program just got a lot better.  Your workbook program makes it much more tangible and easier to use the mental strategies. This is the missing link in the MGCP program!”
~Bob Simpson, MGCP

“I felt the time spent in your seminar was very well organized. The topics were great and you had the coaches communicating in an open atmosphere. Thanks again for your time and effort and I look forward to talking with you in the future.”
~Coach Dave Wannstedt, Miami Dolphins