Video Mental Coaching From Anywhere in the World - GET COACHING!
You are here: Home / Sports Psychology Articles / Performing well under Pressure / How to Mentally Prepare for the Big Game 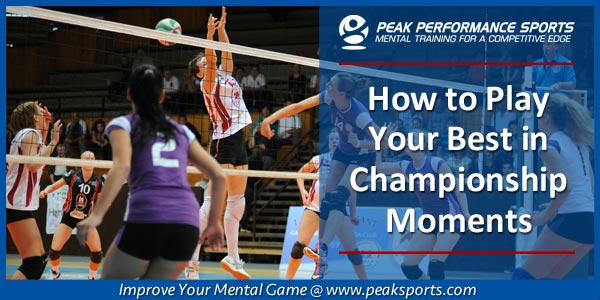 Are You A Gamer?

Are you a gamer and raise your performance in the “big” game?

Why is it that some teams play great all season long but can’t seem to pull out a victory when it matters most?

You tell yourself, “This is the Championship game; the biggest game of the year.” The pressure builds… You have never played in a more meaningful game…

By the time the game starts, you feel an overwhelming amount of pressure to win…

Throughout the game, you just can’t seem to get into a groove and you play well below expectations.

After the game you wonder, “What happened?”

Well, you changed your mental approach to the game: You tried harder to tried to have the perfect game.

The big game for the championship is the same game as you played all regular season.

By labeling it, the “BIG game,” the importance increases and you feel more pressure and this can affect your performance.

The best way to approach championship games is to stick to what you have done all season long.

You need to prepare for championship moments all season, practice championship scenarios and imagine those moments so when you are in those situations, you feel like you have been there before.

The Nebraska Huskers faced the University of Texas at the 2015 NCAA Women’s Volleyball National Championship. The Huskers won the championship in impressive fashion 3-0 (25-23, 25-23, 25-21).

When asked how the team was able to execute during critical points in the game, Nebraska Head Coach John Cook stated his team prepared for that moment from the beginning of the season.

COACH COOK: “My whole message tonight was we do four drills pretty much every day in practice and I call them national championship drills. And I told them, I said, just pretend you’re in the drill, because it’s going to happen. And every situation where it was close, the situations those drills that we work on happened and we executed. I said, just trust your training that you’ve been doing for the last three months and we executed really well.”

Of course you will feel some degree of pressure… You played all season for the opportunity to advance to the championship game.

The key to winning prime time games is to consistently prepare for those big moments.

When you feel like you have been there before, you feel less overwhelmed and you can focus on playing your game.

Tip for Playing Your Best in Championship Moments

When you set your goals in the beginning of the season, ask yourself, “What do I need to do to, not only get to that point, but to succeed in that moment?”

Tell yourself, “This is game point, stay loose and relaxed.”

By rehearsing big time moments, you will place less pressure on yourself and increase your chances of succeeding. 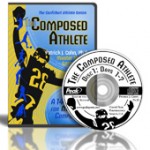 Check out The Composed Athlete CD and Workbook program which is a step-by-step system for gaining maximum emotional control and performing well especially under pressure.

You will learn a comprehensive system to uncover the key mental breakdowns that hold athletes back from maintaining composure.

The Composed Athlete is perfect for any athlete, coach, or parent who wants to learn or teach athletes how to stay cool, calm, and collected during crunch-time. Each copy comes with two premium bonuses that you can download immediately!

The Composed Athlete: A 14-Day Plan For Maximum Composure

“Congratulations on your Mental Edge workbooks. I have been through the package and it looks great!  The MGCP program just got a lot better.  Your workbook program makes it much more tangible and easier to use the mental strategies. This is the missing link in the MGCP program!”
~Bob Simpson, MGCP

“Great news. In the last three weeks, we captured the following: our league championship; the northern Ontario [N.O.S.S.A.] Championship; the provincial “AA” [O.F.S.A.A.] Championship and finally the Hawaiian Sun & Surf Invitational Championship. Quite a feat! The team is totally elated. I would like to thank you, on their behalf, for the information you supplied on mental preparation. We remained focused and played relaxed! Your insights, which we incorporated into our practices, were part of the reason for our successes.”
~John Jeffries, Wildcat Volleyball