Video Mental Coaching From Anywhere in the World - GET COACHING!
You are here: Home / Sports Psychology Articles / Mental Preparation / How to Perform Well on the Court in Big Moments 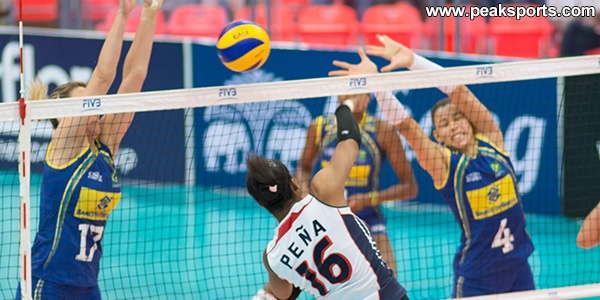 How to Play Big During Big Moments

Your mental game for volleyball is especially important when:

Any of these circumstances can be perceived as big moments and add to the pressure of a competition.

In actuality, are these moments BIG moments or do some players just heighten the importance of the match?

This is where mindset comes into play.

If your mindset is dominated by how big the moment is, you will likely feel an overwhelming sense of pressure.

If your mindset revolves around playing big, or playing your best in the moment, you will be better prepared to play to the level of your capabilities.

The Kansas Jayhawk women’s volleyball team found themselves facing multiple circumstances that would test their mindset.

The Jayhawks were riding a 7-game winning streak into their match against No. 4 Texas, a team they beat only five times in the last 47 meetings.

Texas fought back and took the third set and was winning by as many as six points in the fourth.

Kansas remained unfazed, stayed focused on the task at hand and completed the upset by winning the fourth set 25-23.

Kansas’ big play mentality helped secure the victory, keeping KU as the only undefeated team in the Big 12.

SIMPSON: “The biggest thing I think has been playing consistent. When things don’t go our way, we have to be able to sit back and be like, ‘It’s okay, this happens, it’s volleyball.'”

Junior outside hitter Jada Burse credits the ability of the young players to step up as a big factor in the team’s success.

BURSE: “We are a young team and been the underdog in the Big 12 so far this year. I think not letting the atmosphere get too big for them was key.”

Don’t allow the moment to get too big by seeing it more than it is… It’s a volleyball game, the same game you have played for years.

If you can keep things in perspective, you can play big no matter the situation.

How to Play Big During Big Moments:

Remember, no matter the circumstances you play in, the court and the game is still the same.

Focus on your strategy for each point instead of the outcome or circumstances of the match.

You can’t control the circumstances, but you can impact the current point!

Help your team get the mental edge for volleyball…

The Mental Edge For Volleyball Players 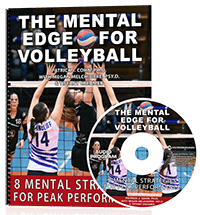 Do you over think your performance in games? Do you lose confidence easily after a couple of blow plays? Do you become so frustrated with your game that you can’t focus on the next play?

If you answered yes to any of these questions, it’s a good bet that your mental game might prevent you from consistent performance in games…

Coming this Thursday, we have a new audio and workbook program for volleyball players called:

“The Mental Edge For Volleyball” audio and Workbook Program Includes:

Learn more about The Mental Edge For Volleyball…

“Thanks again for teaching me how to do mental game coaching with my volleyball team. We are already seeing results for just our FIRST meeting! I really enjoyed out work together in Orlando!”
~Kurt Trout, Iowa Rockets Volleyball Coach

“Great news. In the last three weeks, we captured the following: our league championship; the northern Ontario [N.O.S.S.A.] Championship; the provincial “AA” [O.F.S.A.A.] Championship and finally the Hawaiian Sun & Surf Invitational Championship. Quite a feat! The team is totally elated. I would like to thank you, on their behalf, for the information you supplied on mental preparation. We remained focused and played relaxed! Your insights, which we incorporated into our practices, were part of the reason for our successes.”
~John Jeffries, Wildcat Volleyball

“The Confidence e-book has been wonderful for our 15 teens Junior Olympic Volleyball team. We have participated in three tournaments and won 2! He has the girls playing emotionally and stepping it up during the big games. He has been able to get them to be cocky and believing in themselves. He has (using your advice) approached two of the players and asked them to be inspirational leaders. It is great to see them step up to the challenge.”
~Bill Forgione