Video Mental Coaching From Anywhere in the World - GET COACHING!
You are here: Home / Sports Psychology Articles / Composure in Sports / One Strategy Russell Wilson Uses to Stay Mentally Sharp 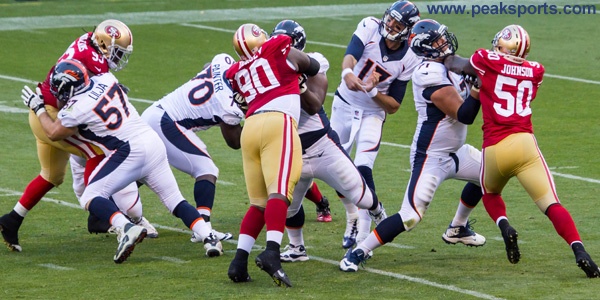 How to Stay Poised During Competition

Do you or your athletes perform well in pressure situations?

When the heat is on do you rise to the occasion or crumble under the pressure?

What makes some athletes perform at a high level during the heat of competition?

Peak performers have the knack of staying calm when the pressure mounts.

Poise and composure allows champions to perform to their potential when a lot is at stake.

Top-tier gymnasts stay poised and can stick the landing when their team needs a near flawless routine.

Elite golfers have the poise to sink the ten-foot putt to take control of the leader board.

All-Star relief pitchers keep their composure when attempting to close out a close game with runners in scoring position.

Top-ranked tennis players rely on their poise when they need a big serve to take game point.

Where does this poise come from?

To some degree, poise is a part of an athlete’s personality. Some athletes are calm by nature while other athletes are high strung.

Even so, calm athletes can become rattled when the game is on the line and some high-strung athletes can keep their composure under tense circumstances.

Either way, there is something greater at play than genetics that allows some athletes to stay poised and keep their composure when the going gets tough.

Poise is a mental skill, one of which improves the more you work on it.

When you work with a mental game coach, you add to your poise…

When you practice poise in pressure scenarios in training, you add to your poise…

When you dedicate time to mental training exercises, your ability to stay poised increases.

Seattle Seahawks quarterback, Russell Wilson, seems to play better during crucial moments and in big games. Wilson’s poise has been his calling card since entering the NFL six years ago.

So far in his career, Wilson has won the Rookie of the Year honor, was selected to three Pro-Bowls, lea his team to a Super Bowl victory and became the winningest quarterback over the first six seasons of a career in NFL history

Wilson is having another brilliant season despite not having a great running attack or a strong offensive line in front of him.

Wilson has a record-tying 15 fourth-quarter touchdown passes, the most in NFL history in a regular season with four games remaining in the regular season.

Wilson doesn’t attribute his success to arm strength, his quickness or any other physical trait.

Wilson sees his greatest asset as his mental acumen which he works to develop daily.

One week, before playing at an unfamiliar stadium, Wilson visualized the would-be stadium surroundings and game situations.

WILSON: “I haven’t been to Jacksonville. I haven’t played there before. This may sound weird but I look up pictures of the stadium, try to visualize what things look like, where the ‘shot clock’ (play clock) is, all those things. Just so I can be comfortable before I get there. That’s just kind of something that I do, on my own.”

This easy practice not only helps Wilson play with poise, it contributes to what he calls ‘separation is in the preparation.’

If you prepare your mind to compete, something many athletes overlook, you will outperform many athletes with similar physical skills.

Winning the game inside the mind is what keeps you poised and takes your game to the next level.

Like Russell Wilson, when you go to a new field, rink, or course, get familiar with your environment.

Become friends with the new arena. Visualize yourself playing well in this new environment.

Rehearse yourself performing with composure no matter how big the game or critical play. Expect the unexpected and be mentally prepared.

Get comfortable with new venues to help you keep your body relaxed, quiet your mind and play with the poise of champions. 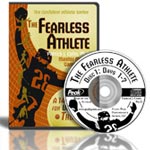 “My son finished the entire Confident Athlete Program. The CD Program helped TREMENDOUSLY.  He used it to keep positive thoughts flowing.  He was able to focus on his fight instead of on his negative thoughts.  He fought at his very best.  We are thankful to God for leading us to your website. The CONFIDENT ATHLETE was perfect.“
~Wanda, Sports Parent

“Patrick, with your great instruction on the mental game, I had the best nationals I have ever had. And even more important, I got through the five days relaxed and had fun – a new concept in my life! The bottom line – I got five firsts and one second! Thank you!  You are just what I needed.”
~Dennis O’Brien, Swimmer

“After working with you on my mental game, the season went very well. I made all conference and an all American list and I still have room for improvement.”
~Alex Mack, college football player

“I felt the time spent in your seminar was very well organized. The topics were great and you had the coaches communicating in an open atmosphere. Thanks again for your time and effort and I look forward to talking with you in the future.”
~Coach Dave Wannstedt, Miami Dolphins

“After going through a week of practice using your pre-kick routine, I was perfect on three field goals on a muddy field and a windy day in my final college game. Now I am entertaining the idea of trying to enter the professional ranks. Thank you for your help!”
~Nate Littlefield, Collegiate Kicker

“Michelle had the best weekend of soccer she has ever played.  I’m not just saying this because you have been working with her (I promise!). She was relaxed, did not get frustrated with herself or teammates, never once ‘shut down’ and actually smiled a couple of times. Numerous parents noticed a difference in her composure and attitude.  A college coach sent an email last night expressing interest–commenting on her level of play during the weekend. Thanks again for EVERYTHING…Michelle is in a very good place right now!”
~Diana, Michelle’s Mother