Video Mental Coaching From Anywhere in the World - GET COACHING!
You are here: Home / Sports Psychology Articles / Confidence in sports / How Parental Expectations Can Lead to Pressure 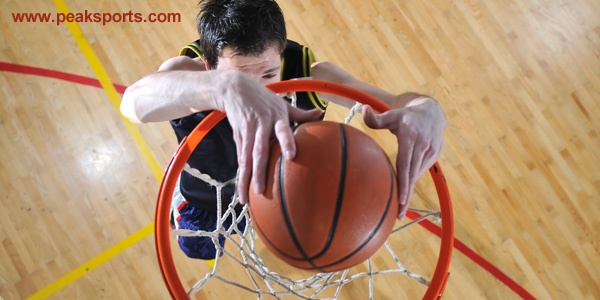 How Sports Parents Can Support Their Athletes

“Everybody is counting on me,” “I don’t want to disappoint my parents,” “My parents get so mad at me after a bad game…”

Do any of these statements sound familiar? You may have expressed these sentiments to a teammate or deal with these thoughts internally on a regular basis.

Often, parents have high and sometimes unrealistic expectations for their young athlete.

These unrealistic expectations include perfect or mistake-free games, never having an off day or being the best on the team every competition.

Super high expectations are a major source of stress for young athletes and are accompanied by negative thoughts and under-performance.

Bad performances are met with harsh criticism from parents which keeps the negative cycle in motion.

Many parents, unconsciously, heap this undue pressure on their young athletes and need to gain an understanding of their role in the child’s inconsistency or under-performance.

Parents want the best for their child but may not recognize how their child internalizes their expectations.

Constructive criticism is often interpreted as disapproval by young athletes.

In an attempt to avoid criticism and please parents, young athletes feel the need to be perfect, an ideal that increases the pressure to perform to unmanageable levels.

Make no mistake about it, high expectations will lead to inconsistent performance or under-performance.

Ball was selected by the Los Angeles Lakers in the 2017 NBA Draft with the second overall pick. Playing in the NBA is already filled with pressure, especially if you are one of the top picks in the draft.

Ball has more pressure than the normal highly-touted rookies, mainly due to his father. Ball’s father, LaVar, has put undue and unnecessary pressure on his son with his trash talking, bold statements and excessive hype.

As a result of LaVar’s behavior and unrealistic expectations, Ball has been booed, targeted by veterans and scrutinized. All this excessive pressure has worn on Ball mentally and contributed to his poor start to his NBA career.

Ball has admitted that the pressure at the professional level has affected him mentally.

Through his first 11 games, Ball is shooting 29.5 percent and 53.5 percent from the free throw line. To add to his poor shooting, Ball has 26 turnovers in 11 games played and his shot has been blocked 14 times!

When you have so much riding on your performance or when you desperately try to meet the unrealistic expectations of your parents, it becomes very difficult to relax and get into your game or perform to the best of your abilities.

If parents could take a step back, it would help their young athletes take a step forward and advance their game.

Check out some of the resources we have for sports parents and youth coaches here.

“The Confident Athlete CD programs programs were a real eye-opener for me and exposed many perfectionist traits that were holding me back. I learned that I don’t need to have a “magic surfboard” or train 5 hours a day to win. As a result, I enter competitions now more relaxed and confident than ever. It was a 180 degree turn for me.“
~Shaun Burrell

“With the use of the The Fearless Athlete and Ultimate Sports Parent workbooks, I see subtle but significant results in a short period of time. My young athlete did not even know about positive self-talk until we started the program.”
~Adam, Sports Parent