Video Mental Coaching From Anywhere in the World - GET COACHING!
You are here: Home / Sports Psychology Articles / Mental Game Skills / How to be a Team Player Like Kevin Durant 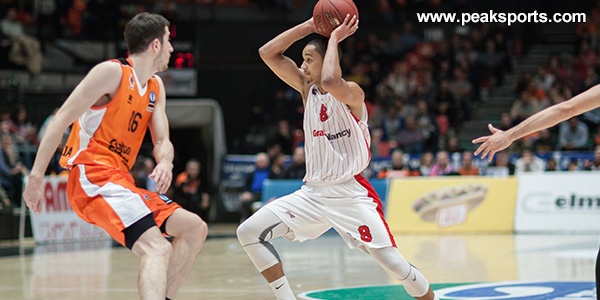 What Does it Mean to Be a Team Player?

Are you willing to do whatever is needed for the team?

Are you a team player?

What does being a team player mean to you?

Kevin Durant of the Golden State Warriors to a 4-0 win in the championship. And he led the team to a 3-0 lead with 43 points in a comeback victory.

Durant has been a pivotal piece to the Warriors’ success over the past two seasons.

Stepping in last year and helping Golden State win a title and being a huge factor in the Finals.

Durant is an essential piece in the Warriors’ lineup, though he took a $10 million dollar pay cut ahead of this season in order to keep the championship-winning team together.

Durant is a quiet, yet explosive player… One of my favorite types of athletes… A player who lets his skill speak rather than himself.

“I told it reminded me a little bit of Tim Duncan and his time with the Spurs… Tim knew it was dramatically helping his own career and KD understands the same thing.”

The unselfishness Durant has shown with willingly taking a thick pay cut speaks greatly of his character. It allowed the Warriors to keep a few players, like Iguodala and Livingston, and remain the championship-winning team they were last season.

Championship teams are made up of various players; respectful, selfless players, each contributing in their role.

Like many other championship athletes, such as Michael Jordan, Kobe Bryant, and Dwayne Wade, KD puts his team first.

Even though he scored 43 points in Wednesday night’s game to clinch a 3-0 series lead in the Finals against the Cavs, Durant understands that his team as a whole is greater than the sum of its parts.

How could he score 43 if he didn’t receive a pass from a teammate?

Basketball, like other sports is a team sport. Though there may be a superstar or a standout, it takes a team of people with a common goal and mission to be successful and win championships.

KD is competitive, he’s a gamer, and he knows he needs a team who feels the same.

With Curry, Green, Thompson, and others on the Warriors squad, he has that and did whatever he needed to do to keep the winning team intact.

Being a team player and understanding there is no “I” in team can be difficult for some athletes.

To help facilitate unity with your team, support and encourage your teammates, understand and accept your role on the team, be respectful to your teammates and coach, and always put forth 100% effort.

KD took a $10 million pay cut… What can you do for your team?

The fastest way to improve your (or your athlete’s) mental game is with personal mental coaching.

You can work with Dr. Megan Melchiorre herself in Orlando, Florida or via Skype, FaceTime, or telephone. Call us toll free at 888-742-7225 or contact us for more information about the different coaching programs we offer

If you are interested in mental coaching, try our free 15-minute introductory session. Contact us here with your name, sport, and what mental game challenges you are having.

You can learn more about our mental coaching programs for athletes here.